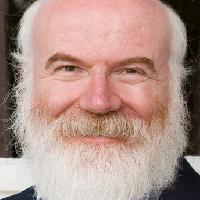 Map of Science
Dr. Krafft received his Ph.D. in Computer Science from Cornell University in 1981. Since the 1990s, he has been involved in digital library research, most recently heading the National Science Digital Library project at Cornell. In July 2008 he joined the Cornell University Library as Chief Technology Strategist, while retaining a Senior Research Associate appointment in Information Science. In August 2010, he became the Director of IT for the Cornell University Library in addition to continuing as Chief Technology Strategist.